An Awkward, unexpected but not too-uncommon news broke out on June 12, a day marked out for the celebration of our democracy. It was the disqualification of Godwin Obaseki by the Screening Committee of All Progressives Congress (APC) for Edo State gubernatorial election. Mind you, I wasn’t expecting the party to make Obaseki their flag-bearer for the election but I expected that he would be allowed to contest the primaries. 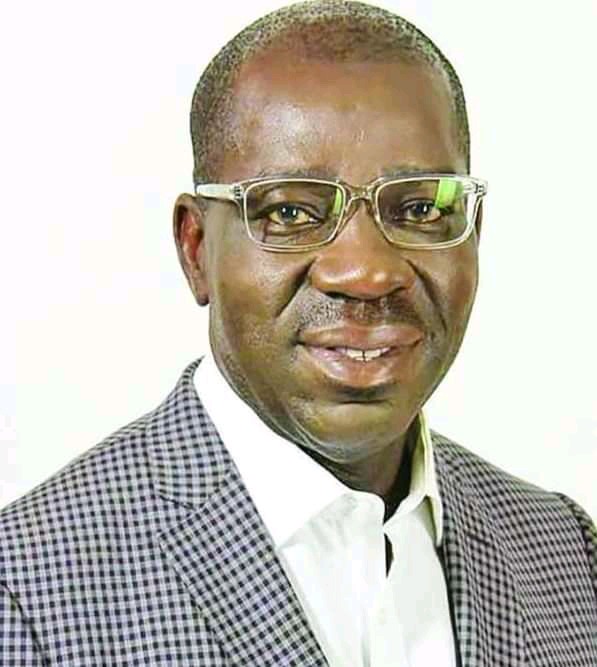 I cannot just fathom how a sitting Governor whose credentials have never been questioned would be disqualified on flimsy excuses. When the news of the disqualification broke out, I needed to maintain my calm to know what premise they based the disqualification on. Not too long after that, I saw captions on ‘6 Reasons Why APC Disqualified Obaseki.’ I read all the alleged reasons and they were not worth one. Democracy was simply murdered on Democracy Day in Edo!

This is beyond Obaseki. In fact, I am not from Edo State but I reserve the authority to air my opinion on salient issues in the country. How can one man feel so big to dictate for an entire state? When I ask people what Obaseki’s sin is, the only reply I do get is ‘disloyalty’ and I ask, to who? To the people or just a man? Definitely, the latter is the answer. To satisfy a man, you need to betray the poor masses. This is not democracy. We got independence since 1960 and we should have gone past these shenanigans. 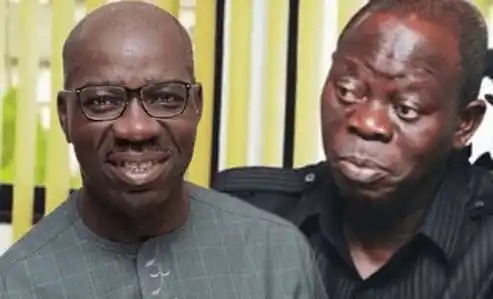 After his disqualification, some nauseating expressions like ‘no one fights his godfather and wins’, ‘you don’t bite the finger that feeds you’, among others started flying around on social media. This is to tell you that we are not yet of age. Well, I beg to disagree on their assertions. Here, I have compiled the list of five Nigerian governors who fought their godfathers or alleged benefactors and still triumphed. Not everyone will end in the Ambode way.

Against all odds, Akpabio brought Udom Emmanuel from Lagos State in 2015 to succeed him as the Governor of Akwa-Ibom State. It was really a tough fight between Peoples Democratic Party (PDP) and All Progressives Congress (APC) but the PDP still emerged victorious both at the polls and the courts. 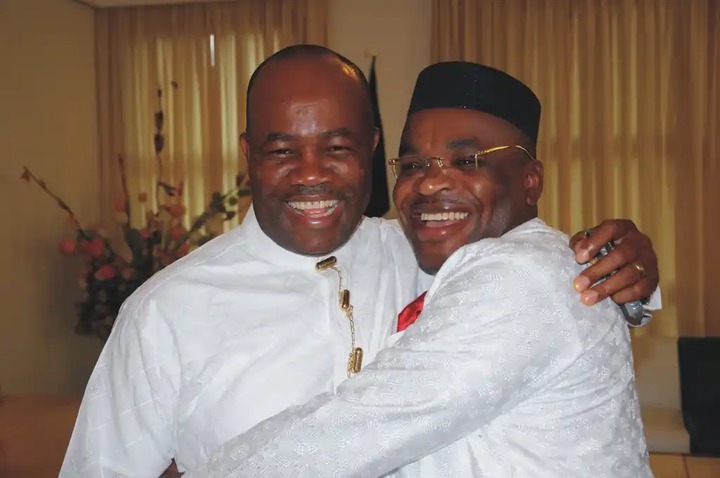 Not too long after that, Akpabio and Emmanuel’s relationship turned sour. Akpabio, the then Minority Leader of the Senate, lost control of the party structure in the state to Emmanuel. The enmity became glaring during the 2019 election. At a point, Akpabio confessed that he regretted bringing in Emmanuel as a governor but that was too late.

He joined the APC with the hope of defeating Udom Emmanuel but it turned a futile effort. Udom Emmanuel did not only win a reelection, the PDP swept the entire state with few exceptions. In fact, Akpabio lost his bid to return to the senate. The godson won! So, who says Obaseki cannot win?

I have never seen a political enmity like that of Wike and Amaechi of Rivers State all through my life! It is an open secret that Wike rose politically through Amaechi. Well, I know some people don’t like hearing this truth but there is no reason why it mustn’t be said. That Wike was chosen as a minister in 2011 somehow had Amaechi’s endorsement. 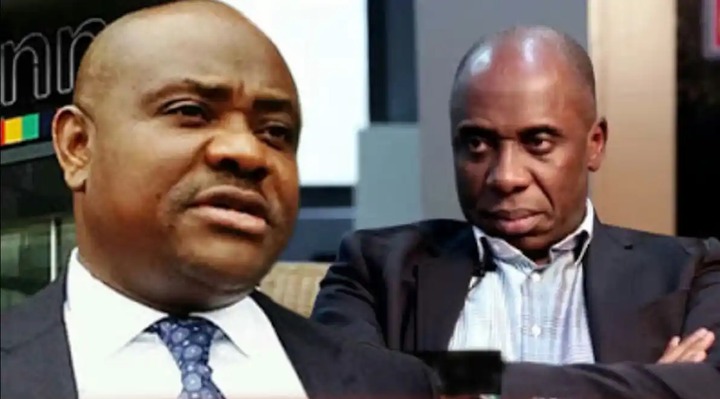 However, their relationship hit the rock towards 2015 when Amaechi had issues with Goodluck Ebele Jonathan and Wike had to nurture his gubernatorial ambition which he knew Amaechi would not support.

Amaechi, in the company of other stalwarts, abandoned the PDP to join the APC, a union which eventually produced President Muhammadu Buhari. Rivers practically became a war ground between the two factions in 2015. The situation wasn’t different in 2019. Yet, Wike won! I mean, the godson triumphed. All that you need is the people queuing behind you and some sort of stubbornness.

Whether in the north or south, we have seen situations where the voice of the people counted! No political pundit could authoritatively say that Tambuwal could detach himself from Aliyu Wamakko and still be politically relevant. 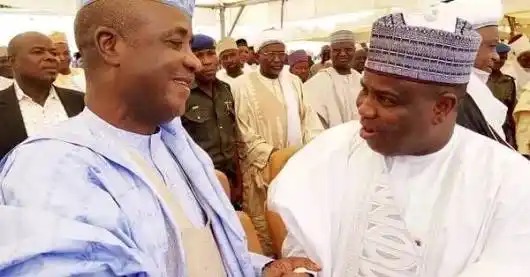 Wamakko governed Sokoto State from 2007 to 2015 and eventually defected to All Progressives Congress (APC) where Tambuwal also followed suit. But in 2019,Tambuwal thought he had come of age and needed to nurture an ambition that wasn’t favorable to his mentor. Tambuwal left for the PDP while his boss remained in APC.

Unfortunately, Tambuwal’s main target, the presidential ticket of the opposition, didn’t come through. However, he stayed back in the party to contest for the governorship position. Wamakko avowed that Tambuwal was heading for a loss but that didn’t happen. Even though the election was very a close contest, the godson won. Again, this is evidence that all is not yet done for Obaseki. 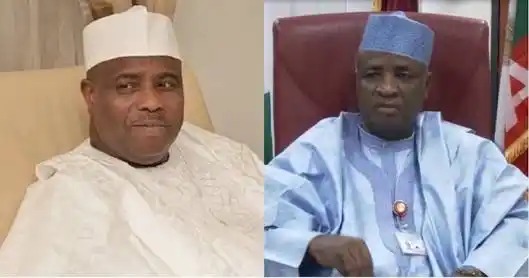 Willie Obiano, after riding on the back of Peter Obi to become the Governor of Anambra State, sent his predecessor packing from All Progressives Grand Alliance (APGA). Peter Obi is a member of the PDP today because Obiano frustrated him out of theplatform where he governed for eight years. 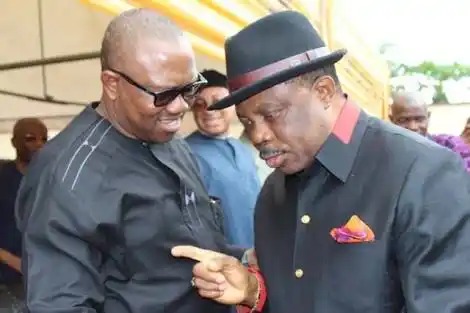 When Peter Obi joined the PDP, he promised that Obiano was not going to be reelected. He avowed to fight him with the last pint of his blood. Ladies and gentlemen, Obiano won! In 2019 again, Peter Obi wanted to have a majority in the state house of assembly so as to initiate the possible impeachment of his successor but the agenda also failed. So, who said the godson will always lose?

After Samuel Ortom became the Governor of Benue State under All Progressives Congress (APC), his relationship with his godfather, George Akume, went bad. All effort to get their differences resolved turned abortive. 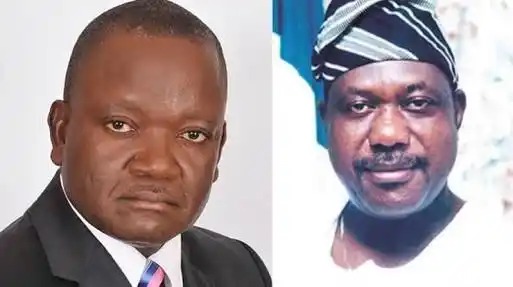 When it was obvious that he would not secure the APC ticket, he defected to the PDP. Let me call it his home. He had to bury his hatchet with his predecessor, Gabriel Suswam in order to defeat the APC. When he won the PDP primaries, he made it known that an end had come to godfatherism in the state. Of course, everyone knew he was referring to Akume.

Ortom said apart from winning a second term in office, he would also retire Akume from the senate. And at the end of the day, he achieved both aims! Akume lost and Ortom won. 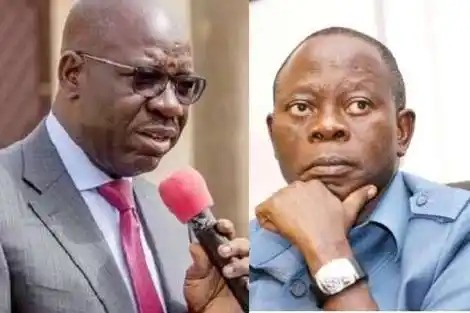 All these cases are practical pointers to the fact that Obaseki can still win. For now, his most formidable alternative platform is the PDP. Most of Edo people are behind him. Just like Oshiomhole claimed to have put an end to godfather syndrome in the south-south state, Obaseki can do the same thing too.

Fortunately for him, every other state in the region is governed by a PDP governor. So, he would get all the necessary support from them. I am not saying Obaseki is a saint but democracy must be entrenched in Nigeria. It is a gradual process and this is one of it.