It is no longer news that the coronavirus pandemic has kept the entire world on her feet. As it is, most nations of the world are either fully or partially locked down. It has also claimed a lot of lives.

The novel virus also brings about arguments on the major philosophies of life. The most audible argument has been the one between science and religion. Well, this article is not centered on this argument. I believe there is a God that sees over the affairs of every man on earth.

I know the next probable thing on your mind is that if there is God overseeing the affairs of men, then why should he allow this evil to happen. Yes, I was also curious about that and in my meditation, I got probable reasons why he might have allowed it. 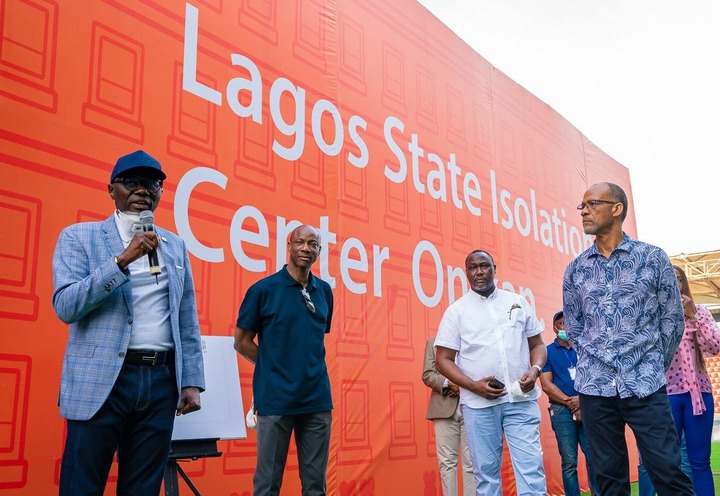 The fact is that God is too loving to send evil to his children. However, he can always give the devil the go-ahead to do it while he watches over his people. We can see different instances of this in the Bible. The case of Job readily comes to mind.

Having said that, here are the three probable reasons why he might have allowed the coronavirus pandemic on earth:

1. To prove his reality: With the rapid rate technology has changed the world, a lot of people have assumed that there is no God. This is a costly assumption. They live their lives as it pleases them. They believe more in the technological breakthroughs that they have than the God who gave them the knowledge to achieve them. Today, the world powers have been brought to their knees. This is a pandemic that has defied all forms of treatments, yet killing numerous people on a daily basis. Those who have always argued in the favour of the superiority science have been humbled. The fact that doctors and nurses in the developed world have now turned to intense prayers tells you that they have reached their human limit and have to turn to a limitless God.

Just some few days ago, some American citizens gathered in front of hospitals to render praises to God. They acknowledged his majesty, telling him to fight this battle for them. The whole world is returning to God already. If you are still arguing this fact, it is just a matter of time.

2. To establish the value of family: Before now, numerous people hardly spend time with their families. In fact, there are some children that do not know their parents; before waking up, their parents would have dashed out of the house and the children would have slept before their return. It’s so pathetic that people now prioritize work over family. Today, there is a compulsory break from all engagements and everyone is forced to reunite with their families. This is the time to know the value of family. It is the smallest unit established by God. Being the first institution he recognizes, God wants to return the joy of many families. I know by now, a lot of people would have been pleading for mercy from their spouses and kids. With this coronavirus, God is repositioning the world.

Work is not the most important thing in life. By now, some people would have seen the joy they were trading for their unsatisfactory job.

3. To reiterate the importance of personal hygiene: God detests uncleanness. Before now, people lead their lives anyhow. This is most rampant in Nigeria and Africa as a whole. People are indescribably dirty. Now, we see people washing their hands every hour. By the time this pandemic would subside, it would have become an attitude to keep ourselves and environment clean.

If all these things are achieved, then, they are great enough to magnify God’s name! But till then, stay safe and share the testimonies afterwards.